BitSight’s Third Annual BitSight Insights Industry Benchmarking Report looked at some of the major SSL vulnerabilities affecting organizations, including Heartbleed, POODLE and FREAK. BitSight’s analysis found that a sizeable number of companies across all industries were still running services that were vulnerable to these flaws. As mentioned in our report, businesses can leverage this information as a measure to ensure that proper controls are being met internally. In addition, companies can gain insight into the performance of their key third party vendors when it comes to ensuring that they aren’t running vulnerable services.

Below is a table showing the percentage of organizations in each industry running services with these major vulnerabilities.

After great feedback, interest and coverage on the report’s findings, BitSight’s Data Science team decided to take a deeper dive into our data to derive more insights around configuration issues - especially as they relate to Secure Sockets Layer (SSL), a widely-used protocol to secure communications over the Internet.

1. SSL V3 is the most common vulnerability observed by BitSight. 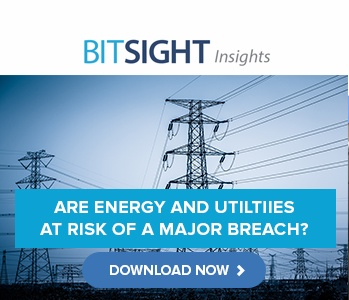 The use of SSL version 3 implies vulnerability to POODLE and the protocol itself was recently deprecated by the IETF. In addition to POODLE, a significant number of companies are vulnerable to the Logjam attack via the usage of widely shared Diffie-Hellman primes. Over half of companies still use SSLv2 which has been obsolete for nearly 20 years and not used by any modern browsers. Forty percent of companies are vulnerable to the FREAK attack which used export grade ciphers and twenty percent of companies still use insecure MD5 checksums for certificate signatures.

2. Logjam, like other brand name vulnerabilities, is still a major problem across all industry sectors.

Logjam was another major vulnerability that was announced in May 2015 that affects TLS connections using Diffie-Hellman ciphers, according to the OpenSSL blog. Similar to what we have seen with Heartbleed, POODLE and FREAK, this vulnerability affects companies across all industries. Some industries, such as Education, are more affected. The charts below show histograms of the fraction of SSL records vulnerable to Logjam by industry. Although many companies have zero to five percent of records affected by Logjam, others have a considerable fraction of vulnerable records. 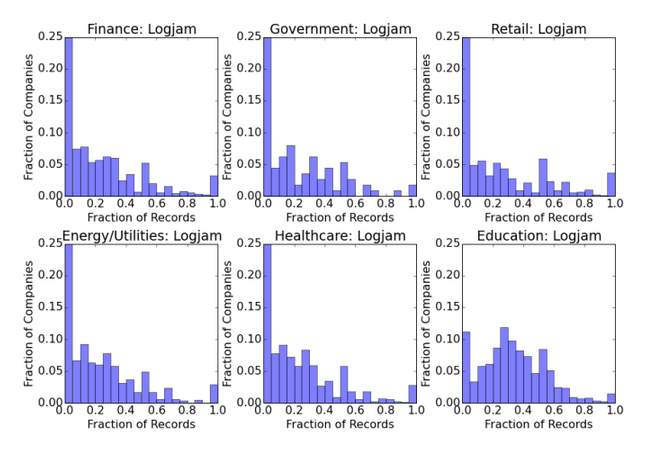 3. Companies that are vulnerable to Heartbleed have more botnet infections per person.

As evidenced in the latest BitSight Insights and this post, companies across all business sectors are experiencing difficulties in maintaining up to date SSL certificates. Leveraging this information, businesses can begin to put controls in place to ensure that vulnerable services are not running across their network ecosystem. By continuously monitoring SSL configurations across a network, organizations can proactively manage the risk of cyber attacks that take advantage of these issues. While many news headlines focus on advanced persistent threats or Chinese hackers, businesses can - and should - take steps to mitigate the risks posed by well-publicized SSL vulnerabilities. In addition, businesses can begin to gain insight into where these vulnerabilities may lie across their third party vendor network ecosystems, and communicate with vendors about remediating threats.

Cloud computing is not new to the cyber world; it’s here to stay. Web services are common in our everyday lives and workplaces, with things like Facebook, Salesforce, JIRA, Adobe, and GSuite all falling into the cloud-based category. But...

Since 2017 BitSight has been working together with Microsoft’s Digital Crimes Unit (DCU) to understand the inner workings of the Necurs malware, its botnets and command and control infrastructure in order to take disruptive action against...

Forecasting and Advanced Analytics: Building a Solid Security Strategy For 2020

2020 is not only the beginning of a new year, but the start of a new decade, and with it comes the dawn of a new era for the digital world. We’re now in the midst of the once far-off, “futuristic” time periods old books and movies used to...