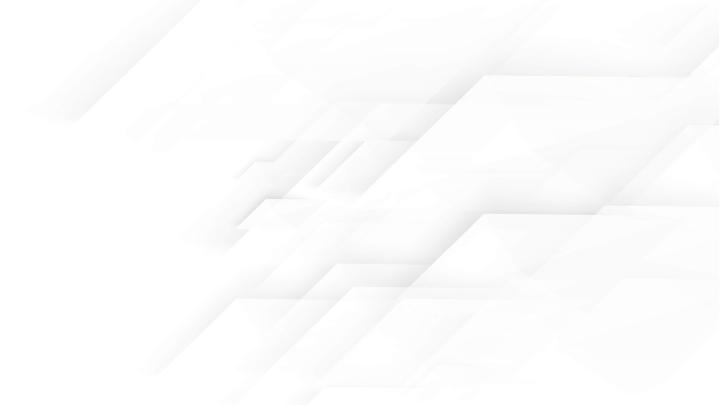 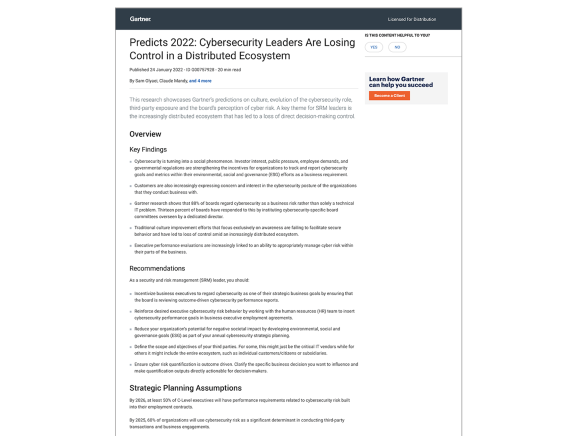 This report from Gartner reveals cybersecurity predictions about culture, the evolution of a leader’s role, third-party exposure, and the board’s perception of cyber risk. Download the report to learn key findings, market implications, and recommendations. "Keys to the Kingdom" at Risk: Analyzing Exposed SSO Credentials of Public Companies

BitSight found that 25% of the S&P 500 and half of the top 20 most valuable public U.S companies have had at least one SSO credential for sale on the dark web in 2022. Read the full analysis. PrivateLoader is a loader from a pay-per-install malware distribution service that has been utilized to distribute info stealers, banking trojans, loaders, spambots, and ransomware on Windows machines. What to Look for in a Network Vulnerability Scanner

A vulnerability scanner evaluates security weaknesses and gaps in your digital infrastructure. Learn what to look for in a robust solution. What is a botnet? A botnet is a collection of networked devices that are infected by malware and hijacked to carry out scams and data breaches. Malware can gain entry to your network in many ways. Once malware has penetrated a network, threat actors can use it to steal information, encrypt systems, spy on users, and remove files. Learn how to prevent dangerous malware. In November 2021, a new version of the Emotet botnet emerged. How did this happen? What is the botnet doing today? And how can organizations avoid becoming victims? Get the answers and more. From Months to Minutes: Can New Regulations Accelerate the Cyber Incident Disclosure Process?

Are organizations prepared to meet new cyber incident disclosure requirements? The latest report from BitSight's data analysts shows it might be easier said than done. Organizations remain concerned about the potential implications to their own security posture as a result of the Okta cyber attack. It's important to identify where risks are present throughout your third parties landscape. The UK Cyber Resilience 2022 strategy is a remarkable blueprint for any organization looking to improve cyber resilience. What lessons can be learned? Russia-Ukraine and the Cyber Threat Landscape

The situation between Russia and Ukraine has been escalating since the start of January, when Russia stationed more than 100,000 troops along the Ukrainian Border. Although cyber security is not the primary concern in the current situation, there is a cyber security component that absolutely should not be overlooked.

We believe a war in the region would have a direct impact on the cyber threat landscape. Both Poland and Lithuania have recently raised their countries' alert level, just hours after Ukraine reported its defense ministry and two banks had been hacked. In the US, CISA has issued a recommendation for all organizations, regardless of size, to adopt a heightened posture when it comes to cybersecurity. Meanwhile, Russia launched a full scale attack on Ukraine territory, which is still developing, and its full reach still remains to be seen. From the start, it was clear that the Log4j vulnerability, also referred to as Log4Shell, would be widespread and present major challenges for organizations. But, why is addressing Log4j so challenging? Reduce the Threat of Cyber Intrusion: See Your Network the Way a Hacker Does

Learn how to reduce the threat of cyber intrusion with a detection and prevention approach grounded in continuous monitoring. FluBot Malware Persists: Most Prevalent In Germany and Spain

BitSight has been collecting FluBot infection telemetry data since March 2021. In total, we have identified 1.3 million IPs used by infected Android devices. Of them, over half (61%) are in Germany and Spain. Additionally, we are tracking an increase in IPs over time, which likely indicates an increase in infected devices.
Subscribe to BitSight Security Ratings Blog