Between the massive WannaCry and NotPetya attacks of 2017, which reached businesses across the globe, ransomware is on the minds of many security professionals. Interest continues to increase as ransomware evolves into one of the most common forms of malware in existence.

Below, we’ve highlighted 12 impactful and relevant ransomware statistics that will open your eyes to just how critical the ransomware threat is today. 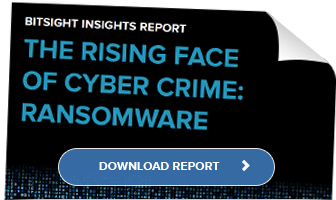 1. “Package delivery company FedEx Corp. said on Tuesday a June [NotPetya] attack on its Dutch unit slashed $300 million from its quarterly profit, and the company lowered its full-year earnings forecast. The company said the cyber attack slashed 79 cents per share from its profit—nearly 40 times the 2-cents-a-share impact from deadly Hurricane Harvey.”

3. Researchers found that between July 2015 and July 2016, 133 healthcare organizations, 115 finance organizations, and 67 government organizations (including law enforcement groups and federal agencies) had ransomware on their corporate networks.

5. “One in five small and medium-sized business who paid the ransom never got their data back.”

8. During a study between July 2015 and July 2016, researchers found that organizations in education had the highest rate of ransomware, with at least one in ten experiencing ransomware on their network.

11. The overall rate of ransomware more than tripled—and in some cases increased tenfold—for many industries between July 2015 and July 2016.

12. “43% of IT consultants reported [via survey] a customer falling victim to ransomware in the last year.”